Commonwealth Stadium, named for the Commonwealth of Kentucky, is located on the campus of the University of Kentucky and is the home football field for the Kentucky Wildcats football team, replacing the smaller Stoll Field.

Built in 1973, it is the newest football stadium in the Southeastern Conference. The original capacity for the stadium was 57,800. In Commonwealth Stadium’s first game, played on September 15, 1973, the Wildcats defeated the Virginia Tech Hokies 31-26. The stadium currently seats 67,606. 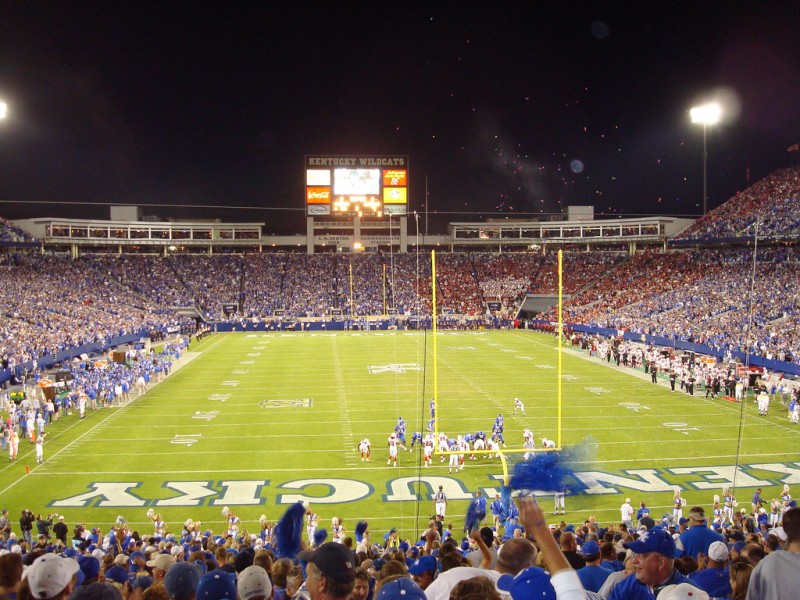 In 1999, Commonwealth Stadium was enclosed and 40 suites were added, 10 in each corner of the stadium. During the 1999 season, Kentucky’s average home attendance for football games was 67,756.

The Wildcats 2007 game against Florida drew 71,024 fans, the Commonwealth Stadium record attendance figure. In recent years, crowds of over 70,000 have become very common.

Since 1999, fireworks are shot from the top of the suites after every UK Wildcat touchdown.

Members of the SEC